Roger was born on July 5, 1941, in San Francisco, CA, to Earl and Helen Slatt.  Roger grew up in San Francisco eager to learn about everything offered to him.  However, he found time to build friendships that lasted his entire life.  Roger’s love for science inspired him to get an A.A. from San Francisco City College in 1961.  Soon after, he gained his B.A. from California State University in 1965, followed by M.S. and Ph.D. in Geology from the University of Alaska in 1967 and 1970 respectively.  After receiving his Ph.D., he taught geology for eight years at Memorial University of Newfoundland and Arizona State University.  After his teaching and research experience, Roger spent 14 years in the petroleum industry as Research Manager with Cities Service Research, ARCO Research, and ARCO International Oil and Gas Co. before joining Colorado School of Mines as professor and head of the Geology and Engineering Department in 1992.  Eight years later, Roger and Linda moved to Norman when he was named Director of the School of Geology and Geophysics at University of Oklahoma, holding this position until 2006.  Leaving the directive of the School allowed Roger to focus solely on teaching, research, and his students through his Reservoir Characterization Institute, founded in 2003.  Roger was Gungoll Family Chair Professor in Petroleum Geology and Geophysics at University of Oklahoma.

Dr. Slatt was a tireless worker and passionate geologist.  There is probably no other place where he was happier and more energetic than the field.  He was always eager to pass on his love for rocks and outcrops to his students.  He published approximately 150 articles and abstracts and is author/co-author/editor of six books on a wide range of petroleum geology topics.  Considered an industry expert, Roger has been an AAPG and SPE Distinguished Lecturer, and presented courses internationally for industry and government organizations.  He is the recipient of the AAPG Distinguished Service Award, the Esso Australia Distinguished Lecturer in Petroleum Geology, AAPG Honorary Membership, AAPG Grover Murray Distinguished Educator Award, Society of Exploration Geophysicists (SEG) Special Commendation Award, and most recently the 2012 Jules Braunstein Memorial Award for co-authoring a poster with colleague Younane Abousleiman on ‘Merging sequence stratigraphy and geomechanics for unconventional gas shales”.  He has graduated more than 100 M.S. and Ph.D. students while at OU.

In addition to his illustrious career, Roger was a loving husband to his wife, Linda, who occasionally accompanied him on his international consulting or teaching travels.  Their home reflected their love of travel and different cultures by displaying items from their travels.  He also enjoyed the time he spent with his sons.  For instance, an August 2018 road trip with Andrew for some Montana fishing, visit [and droning] old project sites, and then on to grandson Alexander and Dani’s wedding in Las Vegas, NV.  He supported and loved his sons and grandchildren on their endeavors, such as opening Fancy That restaurant with Tom in downtown Norman.  Roger loved to take friends to Fancy That to enjoy his son’s dishes.

Fishing was Roger’s favorite way to get away and just relax.  Every summer, he would head to Montana, Idaho or Wyoming for a week of quality fishing with his longtime friends.  He was eager to try new foods on his travels but oysters and chicharron (pork skin) remained two of his favorite foods.

Roger passed away peacefully in his home after complications of an illness treated since 2017.  He will be remembered as an excellent geologist, but moreover as a lifelong mentor to his students.  He was a pioneer in the Oil and Gas Industry and a leading figure in the geoscience community.

Roger was a staunch supporter of his international students.  He had a love for animals and would also support non-profit organizations that aided animal wellbeing and placement such as ASPCA.  He also was an advocate in the fight against cancer; St. Jude Children’s Research Hospital was one of his favorites.  Should friends desire, contributions honoring Roger’s memory can be made to OU Foundation supporting Colombian and Venezuelan students.  For more information about OU Foundation donations please contact Yoana Walschap at ywalschap@ou.edu.  Donation instructions for SPCA and St. Jude’s can be found at secure.aspca.org 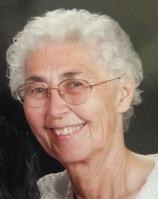 October 19, 1940 – February 11, 2019 Patricia Ann Ono, longtime South Pasadena resident and San Francisco native, passed away peacefully in her sleep on February 11, 2019. “Mrs. Ono” was a well-respected and beloved elementary school teacherduring a career that spanned almost 40 years. Born on October 19, 1940, Pat was one of seven children raised by Chinese immigrants. She graduated from George Washington High School in 1958 and received her BA in education from San Francisco State. She later earned a masters degree from USIU in 1989. Her teaching career began at Le Conte Elementary in 1962. After moving to Los Angeles, she joined the Pasadena Unified School District, teaching first grade and kindergarten at Allendale Elementary for 29 years. In 2001, Pat moved to McKinley School, where she taught kindergarten before retiring in 2008. A 1993 Teacher of Excellence Award honoree, Pat has been listed in Who’s Who among America’s Teachers, served on the Representative Council of the United Teachers of Pasadena, and was an active member of the PTA. Patricia is survived by her husband of 56 years, Norm; her two sons, Michael and Ron; and her grandson DJ. A celebration of life will be held on Saturday, April 13, at the McKinley School auditorium in Pasadena, CA from 11am to 2pm. Dress is casual.

William (Bill) Tiefenthal passed from this life on Tuesday, January 26, 2016 surrounded by his two daughters, his beloved wife, and grandson.
Bill was born in 1940 in Shanghai, China, to Ilse and Adolph Tiefenthal, who were refugees from Nazi Germany, living in China. He and his parents remained in China until 1947, when they were finally allowed to immigrate to the U.S. Bill was then raised in San Francisco, attending public schools there and graduating from Washington High School in 1958. After high school, he attended San Francisco City College and USF. He met the love of his life, Linda Perper, in 1959. She was then a student at Lowell High School in San Francisco. They were married in 1961 and have been married for 54 years. In 1962 their first daughter, Esther, was born, and in 1964, their second daughter, Audrey. Bill and Linda lived in Daly City (Westlake) until 1975, when they moved to Sonoma. Bill was an office supply and office furniture salesman for most of his life. He commuted to the city from Sonoma for several years until he opened his own business in Sonoma, Bill’s Office Supply, located in the Vineyard Center.
Bill had a zest and love for life. He enjoyed bike riding, hiking, photography, nice cars and the San Francisco Giants. He was a regular at all the “coffee houses” in Sonoma for almost all of the 40 years he lived here. He enjoyed talking politics, sports and solving the world’s problems over a cup of espresso. Bill was a loving father and grandfather who adored his girls and was so very proud of his grandchildren. He will be missed for his very large personality, his great sense of humor, his kind caring heart, his welcoming friendly smile and the twinkle in his eye.
Bill is survived by his loving wife, Linda; his two daughters, Esther Winston (Ed) and Audrey Shapiro (Andy); his sister, Ann Ross (Steve); his nephew, Andrew Moore; his great-nephew, Elliot Hagler; and his four grandchildren, Geoffrey Winston, Stephen Winston, Claudia Shapiro and Randy Shapiro. His beloved niece, Amy Hagler, passed away this year on January 4.
Funeral services will be held on Friday, January 29, at 1:30 p.m. at Congregation Shir Shalom in Sonoma, followed by a graveside service at the Sonoma Valley Veteran’s Memorial Cemetery. In lieu of flowers, donations in Bill’s name may be made to Congregation Shir Shalom or the Leukemia Lymphoma Society

William (Bill) Charles Olinger passed away peacefully on January 17, 2017 at the age of 75. Beloved husband of Christine Olinger, loving father of Bobby and Billy, and doting grandfather of Abby and Jimmy.

Bill attended George Washington High School ( Class of F’1958) and, following in his father’s footsteps, became a union plumber with Local 38 immediately after graduation. He worked for the San Francisco Water Department for 30 years, where he became an accomplished union leader and cultivated lifelong friendships. Bill loved fishing, taking trips to Reno, and being surrounded by family and friends.

Friends may visit Thursday, January 26, 2017 from 6:00pm-8:00pm at Saint Gabriel’s Church, 2559 40th Avenue, San Francisco where a rosary will commence at 7pm. A funeral mass will be celebrated Friday at 11am, also at Saint Gabriel’s. Interment Holy Cross Cemetery. In lieu of flowers, donations can be made to Immaculate Conception Academy: 3625 24th Street, San Francisco, 94110 where a memorial scholarship will be establish – See more at: http://www.legacy.com/obituaries/sfgate/obituary.aspx?n=william-olinger&pid=183674832&fhid=2515#sthash.edsGrg23.dpuf

Donald Alger JacobsAugust 7, 1940-August 5, 2017Don lost his battle with a rare form of cancer in the arms of his loving wife of 54 years, Marsha, with his children and grandchildren at his side, on Saturday, August 5, 2017, two days prior to his 77th birthday. His illness lasted only three months.
Don was born in San Francisco on August 7, 1940, to Alger and Leonore Jacobs. He grew up in The City with his two older sisters, Barbara Miller (Edwin) and Janet Austin (Edward), attended Washington High School, Stanford University, and University of Michigan (MBA-1965).A Funeral Service will be held on Friday, August 11, at 10:30am, at Congregation Shomrei Torah, 2600 Bennett Valley Road, Santa Rosa, CA 95404 In lieu of flowers contributions may be made to the Legacy Circle at Congregation Shomrei Torah, or to HICAP of Sonoma County at 1304 South Point Blvd. #280, Petaluma, CA 95454.